Commander Clayton Fisher, USN (Ret.) served as a dive-bomber pilot in Bombing Squadron Eight (VB-8) aboard the aircraft carrier USS Hornet from the time it became operational in late 1941 until the carrier was sunk during the Battle of the Santa Cruz Islands on 26 October 1942.

Clay Fisher was aboard Hornet at the time of the audacious Doolittle Raid on Japan. Although its tactical significance was slight, the Doolittle raid had a profound influence on the outcome of the Pacific War. It threw Japan's strategic war planning and priorities completely off balance. Prior to the raid, Japan's highest strategic priority in the Pacific had been to deny the United States access to Australia as a base from which the Americans could launch a counter-offensive. After the Doolittle Raid, defence of Japan's home islands from attack by the United States Navy would also be given the highest priority by Japan's military leadership. The raid persuaded Japan's Imperial General Headquarters that it was necessary to destroy the United States Pacific Fleet and extend Japan's eastern defensive perimeter closer to Hawaii by seizing and occupying America's Midway Islands in the central Pacific. 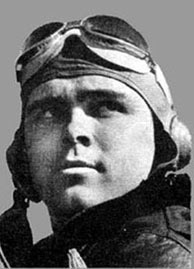 Japan had now committed itself to complex simultaneous military operations in the northern, central and southern Pacific in May and June 1942. An arrogant belief in Japan's invincibility, and underrating of American military capabilities, would be reflected in subsequent Japanese military planning, and ultimately lead to Japan's defeat.

After the Doolittle Raid, Clay Fisher participated as a dive-bomber pilot in the naval battle at Midway that turned the tide of the Pacific War against Japan.

USS Hornet and USS Enterprise had only recently returned to Pearl Harbor following the Doolittle Raid when they were ordered to the South Pacific to join the carriers Yorktown and Lexington in opposing a Japanese attempt to capture Port Moresby. However, the distance to be covered was too great, and Hornet and Enterprise failed to reach the Coral Sea in time to participate in the first defeat of a Japanese amphibious invasion force in the Pacific War.

In the great naval battle at the Midway Islands between 4-6 June 1942, a heavily outnumbered American fleet inflicted a crushing defeat on the Japanese Navy and put an end to Japan's ambition to dominate the central Pacific region.

Clay Fisher now tells the story of his participation in the Battle of Midway.

© Copyright Commander Clayton Fisher, USN (Ret.). All rights reserved.This story has been reproduced on the Pacific War Web-site by permission of the copyright holder.